Should I switch to Fuji? One Month Review — Fujifilm X-Pro2 | Joe Allam

Should I Switch to Fuji? One Month Review with the Fujifilm X-Pro2

One question about my camera bag has been on my mind for about a year now: Should I switch to Fuji? At the beginning of December, Fujifilm Australia reached out to loan me an X-Pro2 camera, so I could properly test it out. They also sent a few lenses; the Fujinon 35mm f/2, 10-24mm f/4 OIS and 50-140mm f/2.8 OIS.

During the 4 weeks or so that I had the camera, I produced a number of videos and used it as much as possible to gather my considered thoughts about Fujifilm, compared to Canon or Sony (my other cameras) for my travel photography.

My thoughts on the Fujifilm X-T10

Check out my first post about using Fujifilm as my main photography system whilst in Thailand late last year, using Elly’s Fujifilm X-T10.

All of my Fujifilm X-Pro2 videos

This post aims to be an extension to my videos posted, so I highly recommend watching them first to get my overall thoughts on how I feel about the Fujifilm system.

Listed below are all of the videos I produced about the Fujifilm X-Pro2, including a large round-up review filmed in 4k. I’ve also include a large sample of photos from the X-Pro2 taken on various trips throughout Christmas in Melbourne, Byron Bay, Buderim, Springbrook and other natural areas around Brisbane, Australia.

I Got A New Camera (sort of)


The first video covers my first impressions with the camera and package that Fujifilm Australia sent to me, along with some initial images from the first week of testing.


Continuing my road-testing of the X-Pro2 Fujifilm sent me — this time doing some street photography around the Melbourne laneways with the 10-24mm f/4 OIS.


My final thoughts on the Fujifilm X-Pro2 having used it for a month, before I had to send it back to Fujifilm Australia.

The idea of switching camera systems

I’ve been a Canon shooter ever since I got into photography with the EOS 350D back in 2006, followed by the 50D, 70D and now the 7D Mark II. I’ve always been happy with my gear, but in recent years, I’ve felt like Canon have been a little bit stale in product development.

I was enticed by Sony about a year and a half ago when the A7R II came out and was very close to making the full switch from Canon to Sony at the time I bought it, as I was wooed by the impressive specs and competitive price (compared to other full-frame cameras).

My thoughts on the Sony A7R II

I was thoroughly impressed with the Sony A7R II when it was released. Read my thoughts about the shortcomings of Canon and my frustrations with their upgrade cycles.

However, I never did make that switch to Sony, fully.

You see, I came to realise just how functional and ergonomic Canon cameras had become and I realised just how “useable” they were. After about a year of use with the Sony A7R II, I came to the decision that it wouldn’t replace my Canon and I shouldn’t try to force it, because I simply wasn’t feeling as comfortable with it as a camera for photography.

I still love my Sony for video work, however I just can’t get on with it for photography in the same way I can on my er… Canon.


Why I don't use my Sony A7R II for photography

I actually made a video to address my reasons for not using the Sony A7R II for photography, as it became such a frequent question in the comments on my other videos. I’ll be the first to admit that the video seems as though I’m utterly slating the Sony. But I genuinely wanted to share my honest thoughts about it specifically for photography, as a user who is split almost 50-50 between photography and video.

With the love/hate relationship I’ve had with my Sony, I’m very cautious about any ideas I have about switching photography systems, which is why I’m thoroughly testing my thoughts with a Fujifilm setup before making any abrupt decisions.

But wait a minute, Joe. You’re always saying “gear doesn’t make you a better photographer”. So why are you looking at different gear?

I totally stand by the notion that buying into the specs of a camera is a dangerous game to play. Especially when I’ve (sort of) fallen foul to the idea myself. Ahem *Sony A7R II*. But this is where I want to be very explicit with my wording.

The specs of a camera mean nothing, if its usability falls short of anything else.

In each of my camera review videos and posts, I like to talk about the usability and enjoyment that I get from using each camera, rather than the technical specs. I personally prefer to gauge how much I enjoy using the camera and my experience with it, rather than letting the specs give an illusion for how good a camera is.

My theory is simple. If a camera is enjoyable to use, I will find myself using it more. The more you do something, the better you become. So by having a more usable camera system, in theory, my photography should improve.

It’s a brutal thought process and of course it isn’t fully bulletproof, but it’s one that I think works best for my style of photography.

So then, what about my experience with Fujifilm?

So what about Fujifilm? How usable are they? Will I be switching? The short answer: Yes. Very. And yes. The long, detailed answer is more complicated.

I am thoroughly in love with the Fujifilm cameras I’ve used. Both Elly’s X-T10 and the X-Pro2 that were leant to me. They have easily been the most enjoyable cameras I’ve ever used. There’s just something about the whole feel of the camera and satisfaction with every click of the shutter, coupled with the viewfinder and manual dials for every control; all compacted into a relatively small and lightweight body. 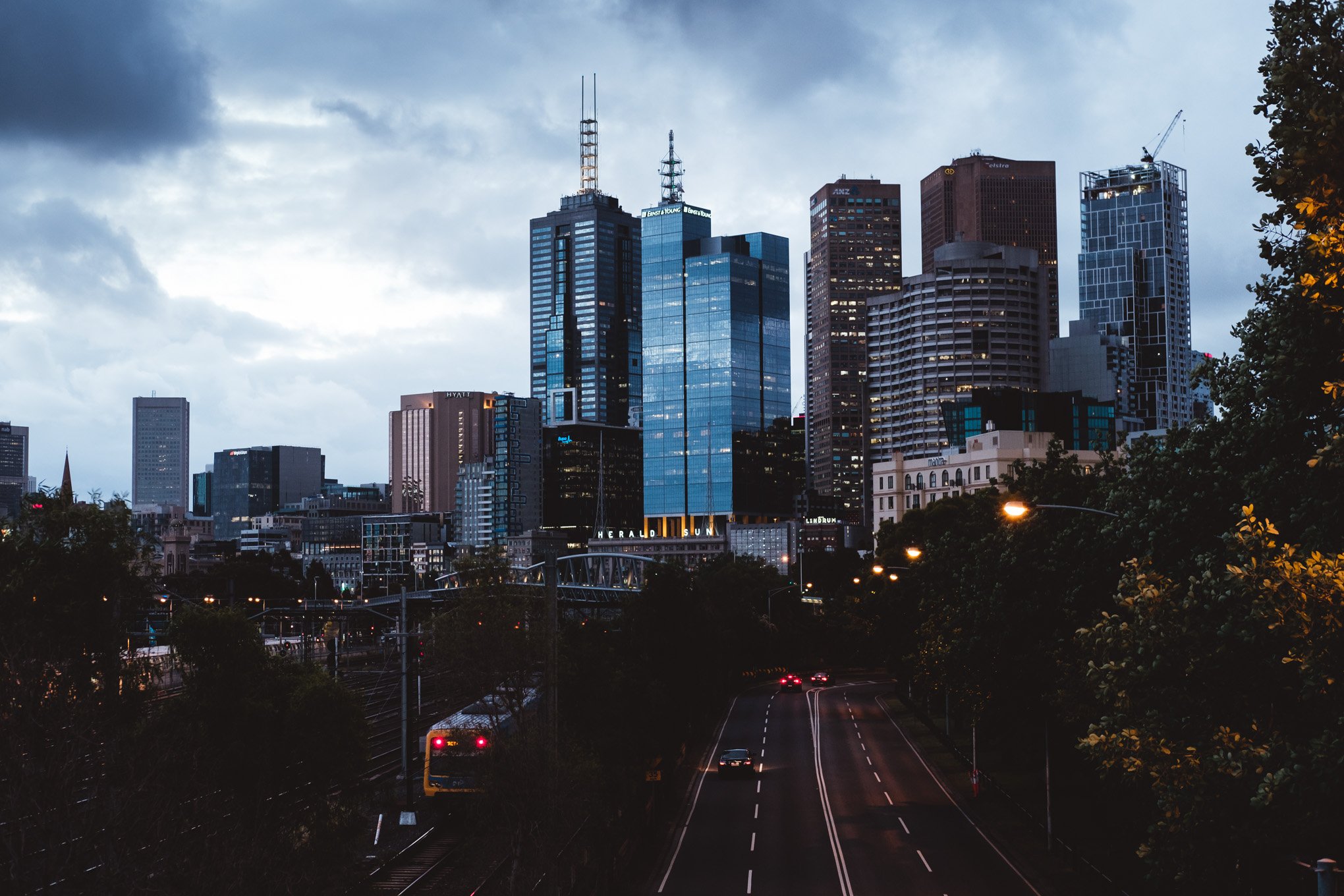 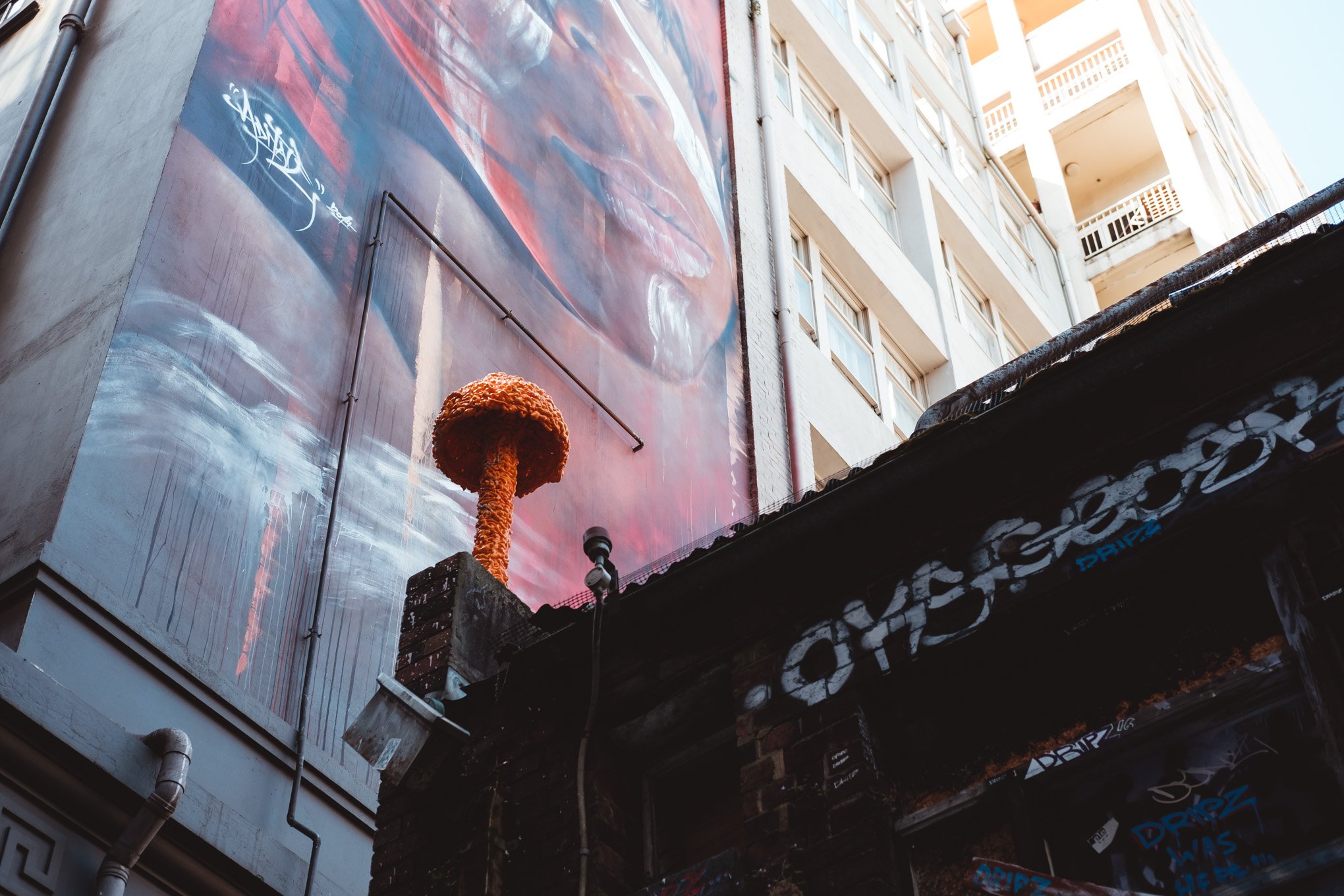 It’s extremely difficult to pinpoint exactly why, but I found myself picking up the X-Pro2 almost every time I left my house and it made me want to continue taking shots of the areas I see regularly, that I would otherwise not bother to shoot. The camera reignited an excitement for photography, that I hadn’t had for about 10 years.

As I said, it’s hard to explain, but this camera honestly felt like an extension to my arm that not only had me shooting more, but enjoying every single shot as well. 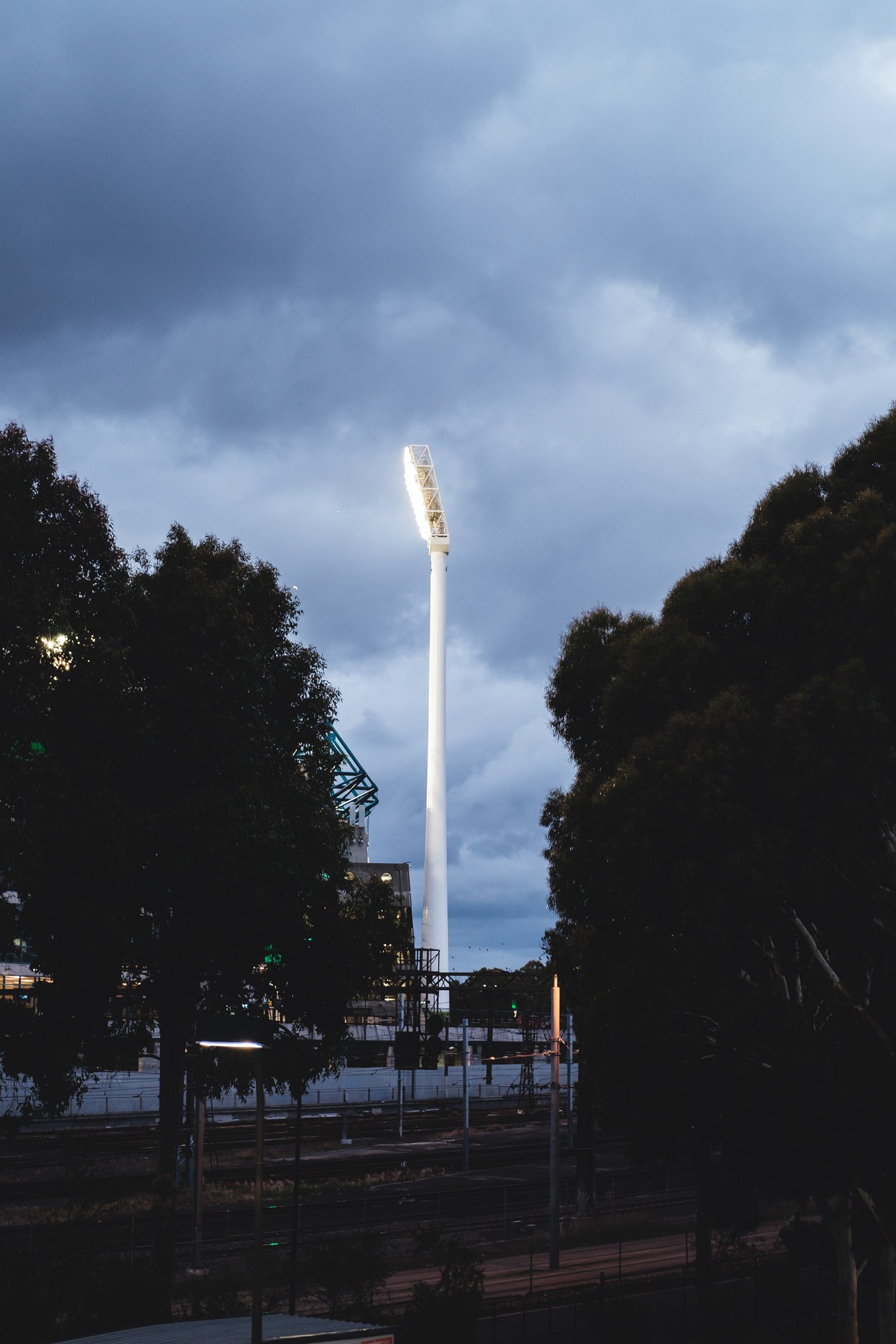 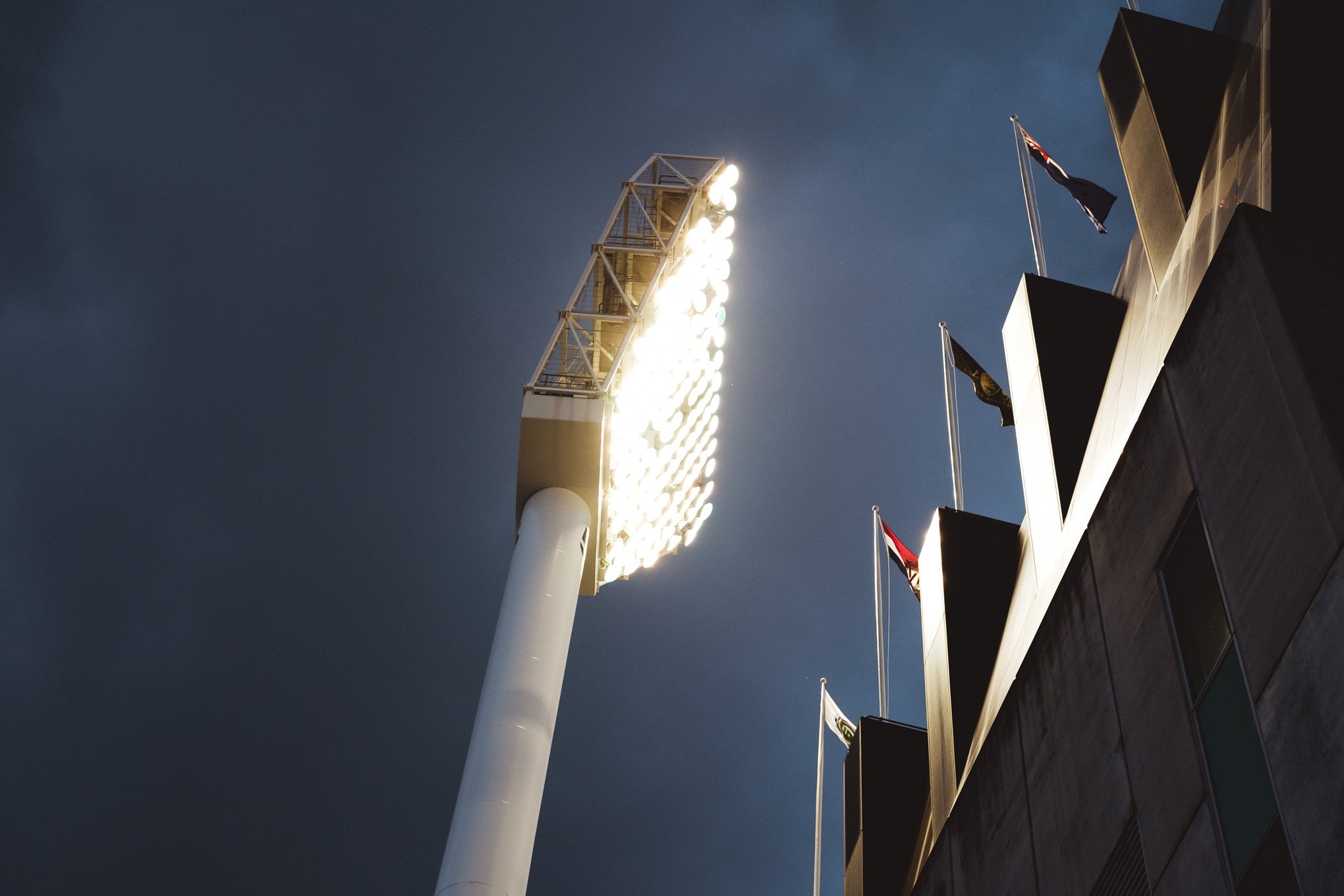 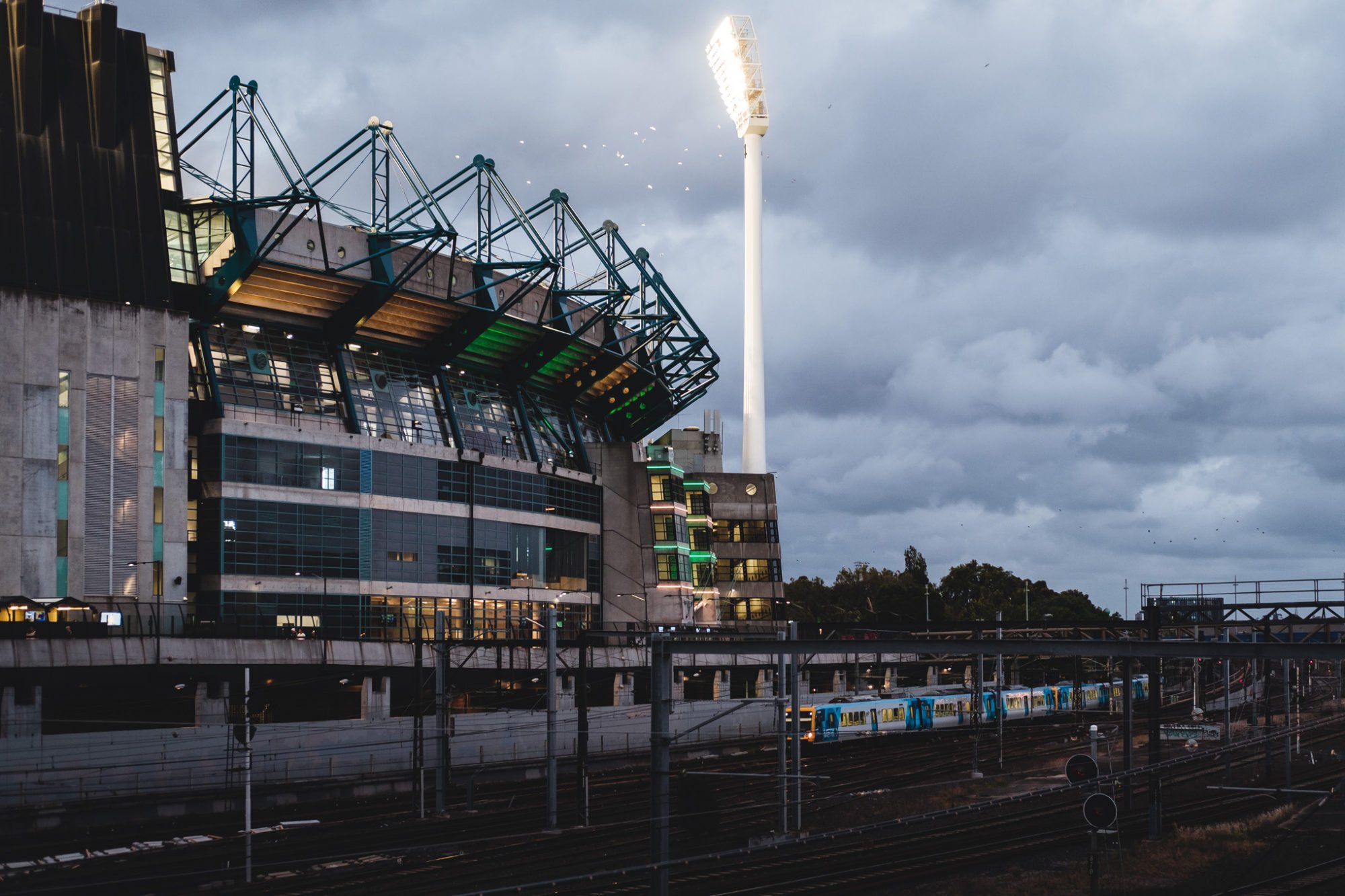 So if the usability scores top marks, how about finally considering the specs? Certain specs and features of certain cameras appeal to certain photographers. I’ll outline the specs that matter to me and relate to my style of photography — which is leaning more and more towards lifestyle and travel photography, as time goes on.

The X-Pro2 has an APS-C sized 24 megapixel X-Trans sensor that produces beautiful images. The RAW files have been as easily manipulated as any of my Canon shots, but I have generally preferred the original colour from the Fujifilm over my Canon. Like my 7d Mark II (but not the A7R II) the X-Pro2 features dual SD card slots, something I would consider a must-have for any camera that I need to rely on.

Weather-sealing and a magnesium alloy chassis are also high priorities for me, as I’m often shooting for long hours outside, with no control on my environment or conditions. One thing I love about a weather-sealed camera is that I really don’t have to think about it. I can just focus on the shots I’m taking, safe in the knowledge my camera will be fine, even if it’s raining! The X-Pro2 fits this, excellently.

Mirrorless cameras are notoriously bad for battery life in comparison to DSLRs. Although the X-Pro2 can’t compete anywhere near as well as my Canon, it definitely trumps my Sony without a doubt and it’s really not as bad as everyone makes it out to be. With such a fast on/off time on the Fuji, I really had no concerns with battery life.

So when should I switch to Fuji?

This is the most difficult decision right now. You see, there’s nothing wrong with my Canon equipment. It works perfectly. My lenses cover all focal ranges I need and provide the excellent quality that I’m looking for. I’m just having a bit of a love affair with Fujifilm right now, that’s exciting, enjoyable and downright fun to use.

I don’t need to update my camera equipment, but it’s a constant thought process that I’m currently contemplating. Right now, I use Canon for photography and Sony for video. I’m still looking for that ever-elusive perfect camera for both, which I know I’ll never find, but I feel I’m getting closer. 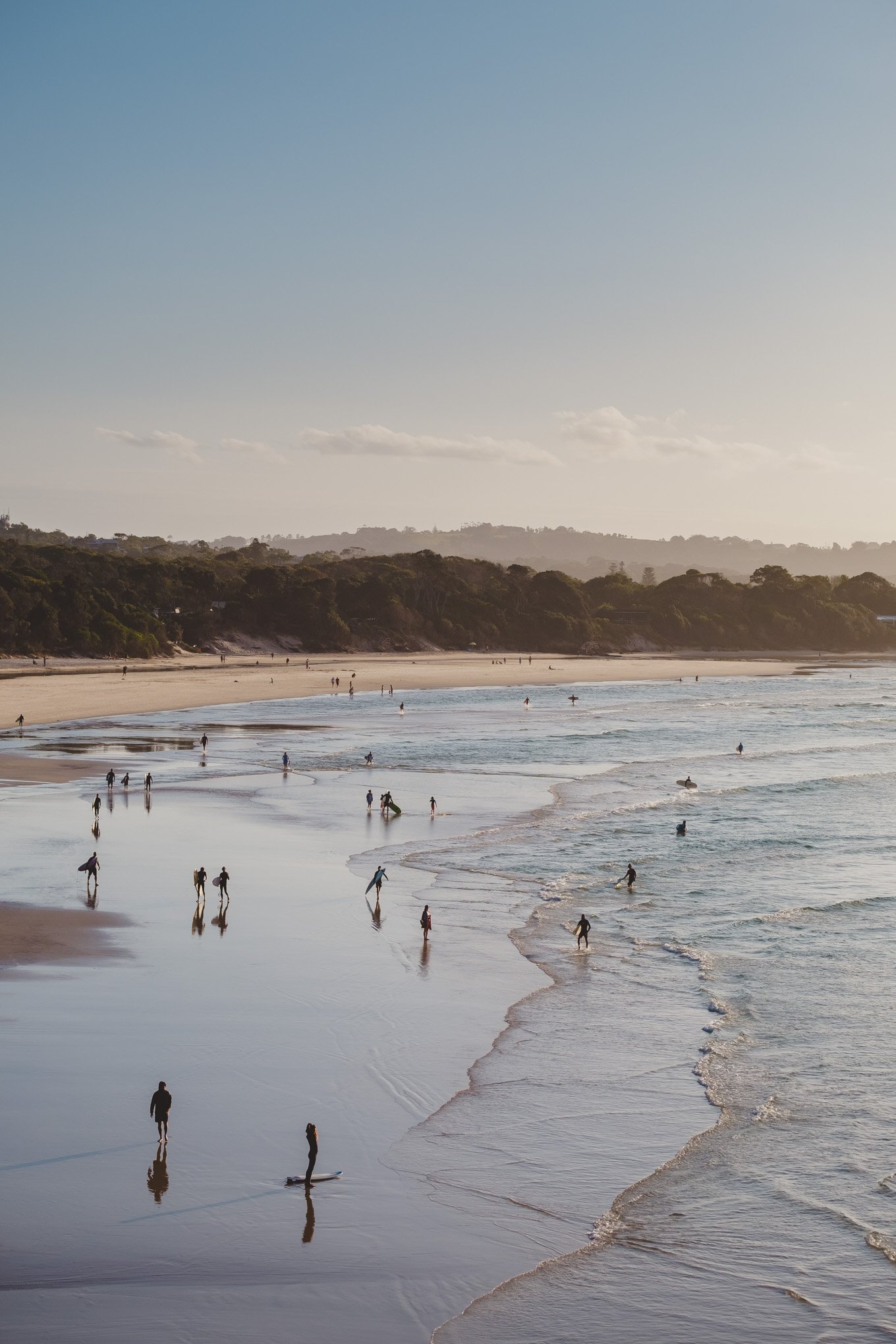 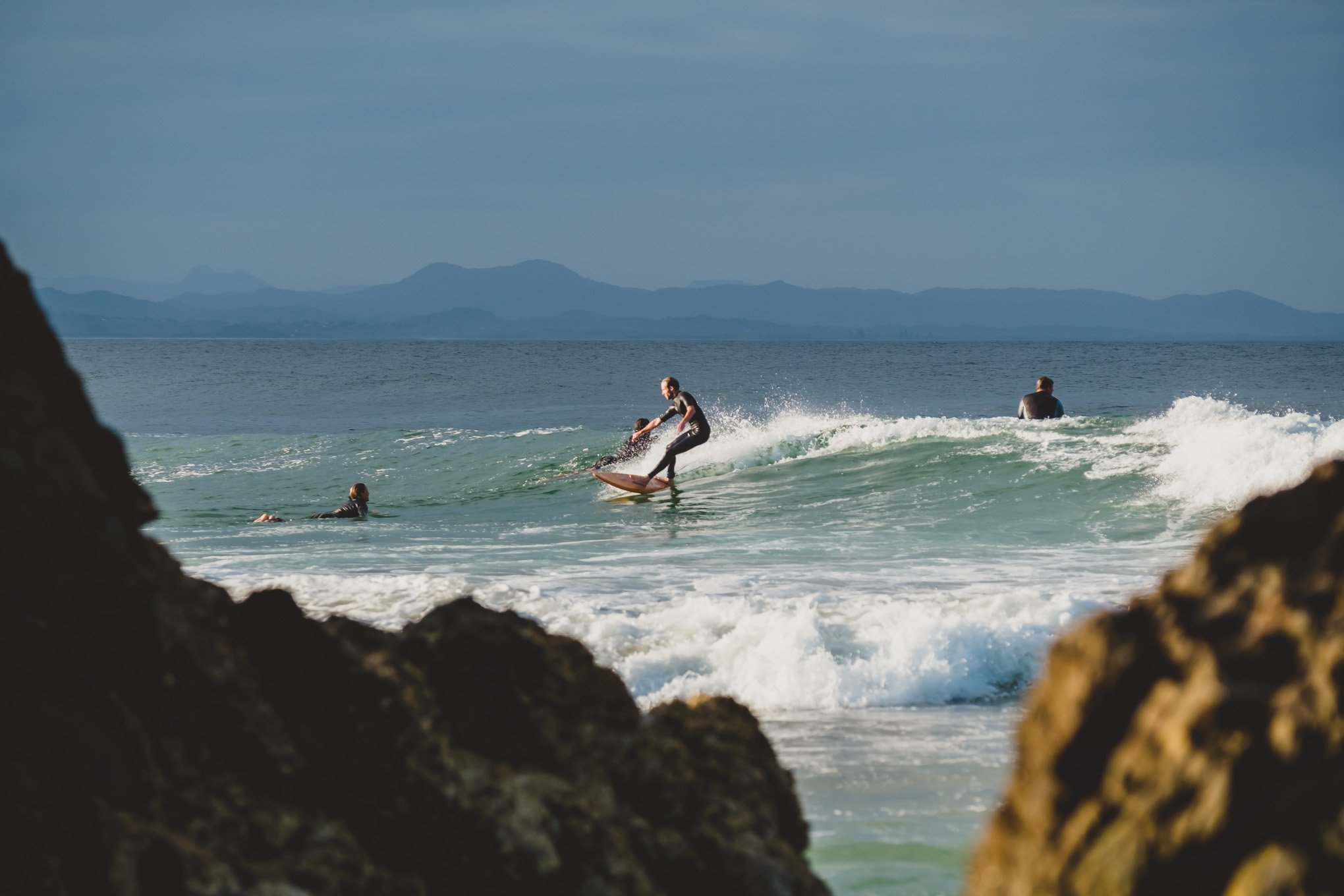 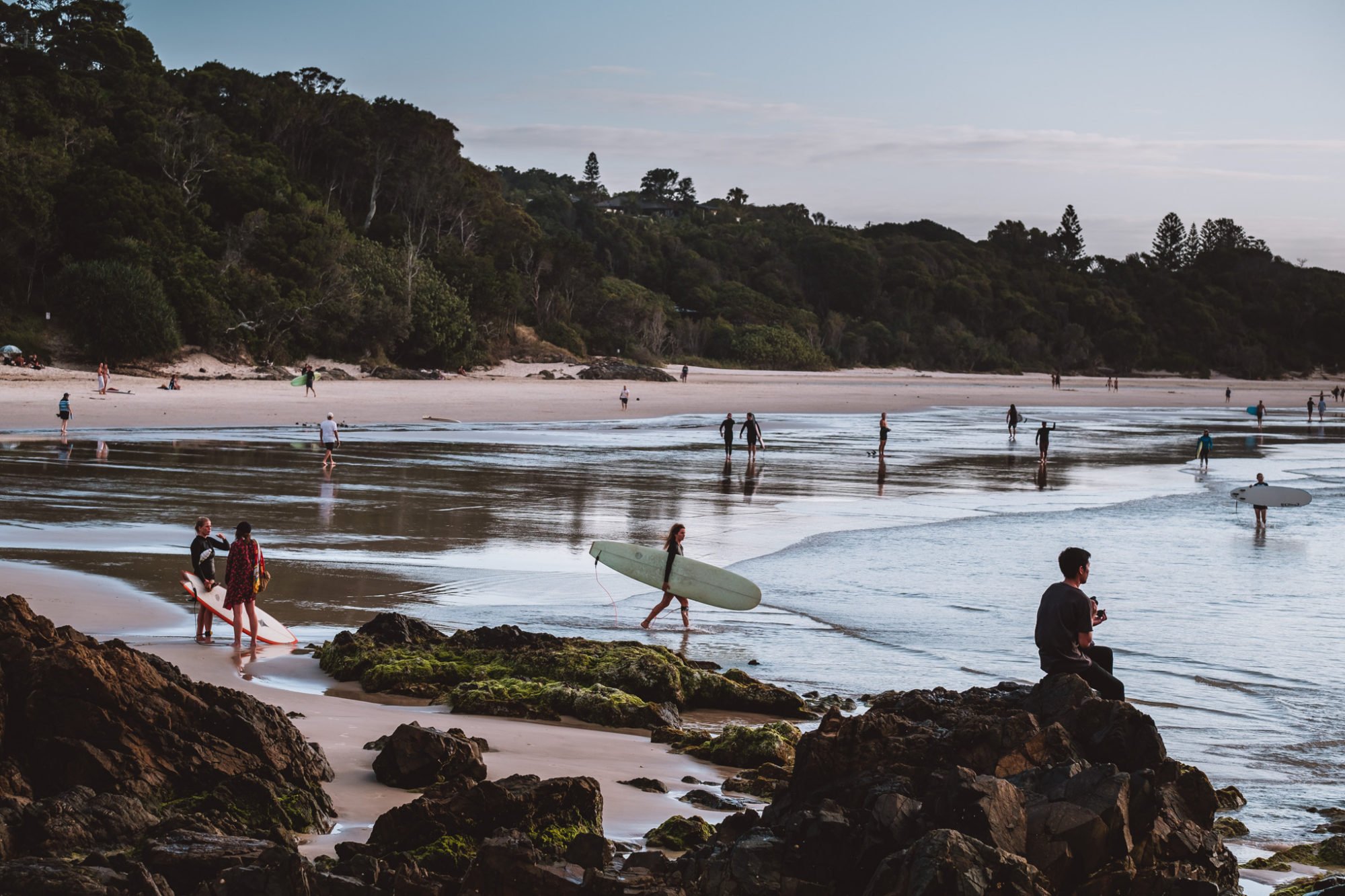 Although I was testing out the X-Pro2, my eyes are still firmly on the X-T2; which is more of DSLR style design in terms of the ergonomics. However, I’ve yet to test out the Fujifilm X-T2 extensively, but I have high hopes for the new video features, in comparison to my Sony.

Based off of my experience with the X-Pro2, I already know that I’d love it for photography, but I just don’t know for video… yet.

If I could replace my gear with a simpler and lighter setup for both photo and video, it would be incredibly beneficial to the travel lifestyle I live and give me less frustration when using a single camera. I feel like I’m close, to knowing what that setup is. Real close. I just need to get my hands on an X-T2 and do a video project with it…

The short answer to all of my thoughts whilst I was shooting with the X-Pro2, was that I simply didn’t miss having my Canon. Not once.

To close out this post, I want to share a selection of sample photos taken with the X-Pro2, that will hopefully show the style of my photography and my results from thinking “should I switch to Fuji?” 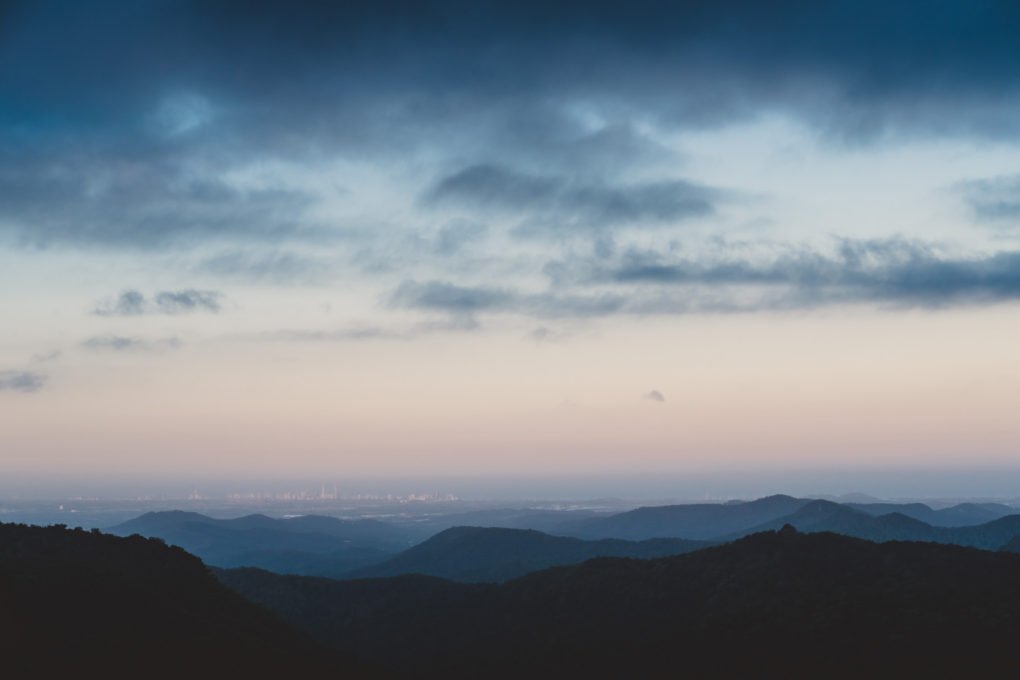 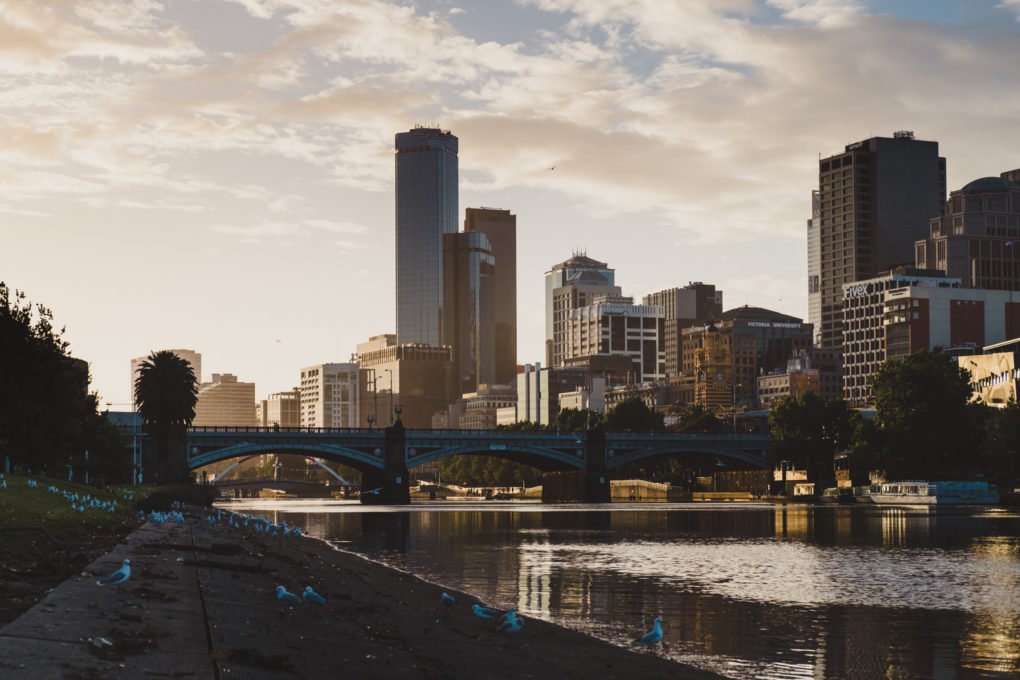 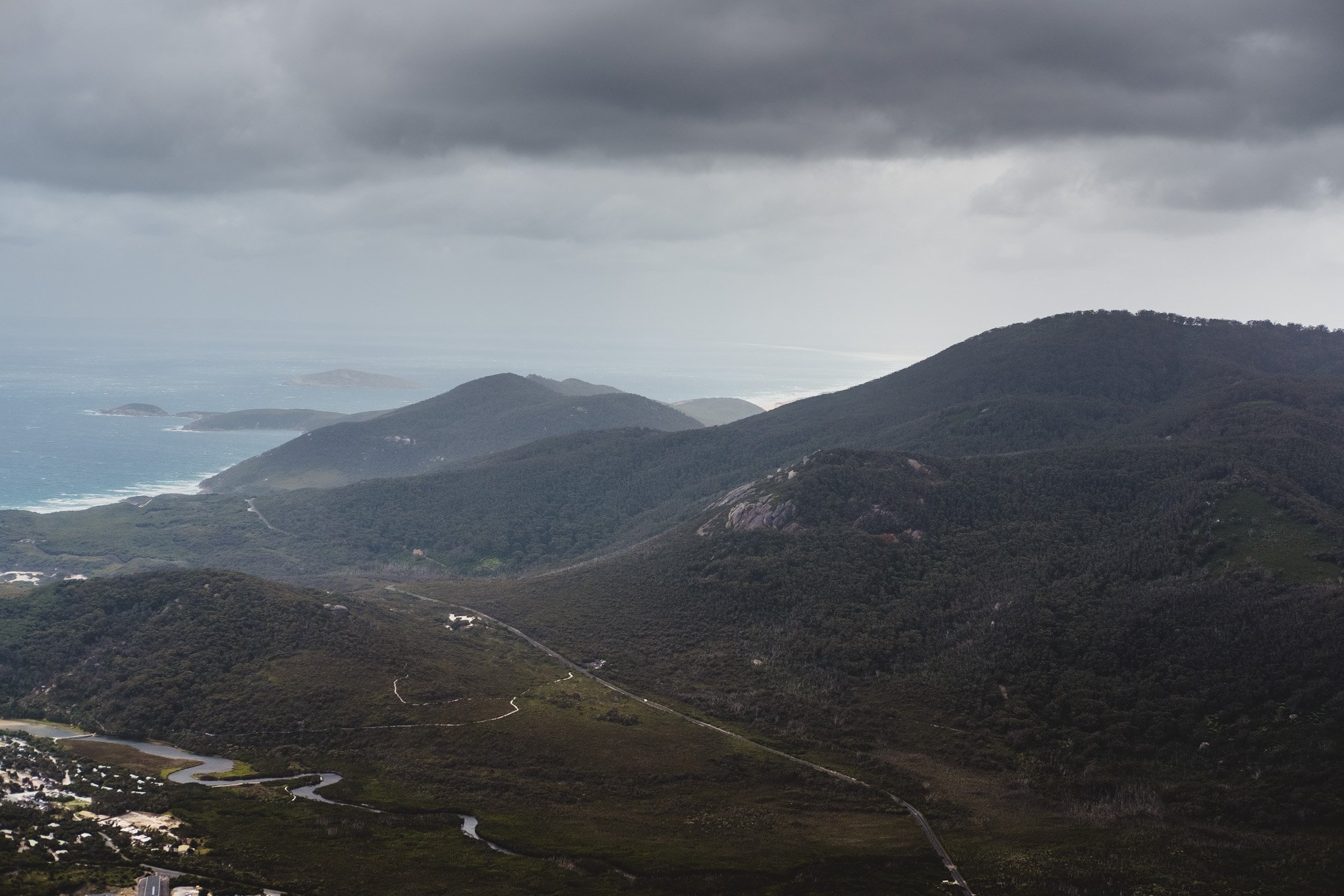 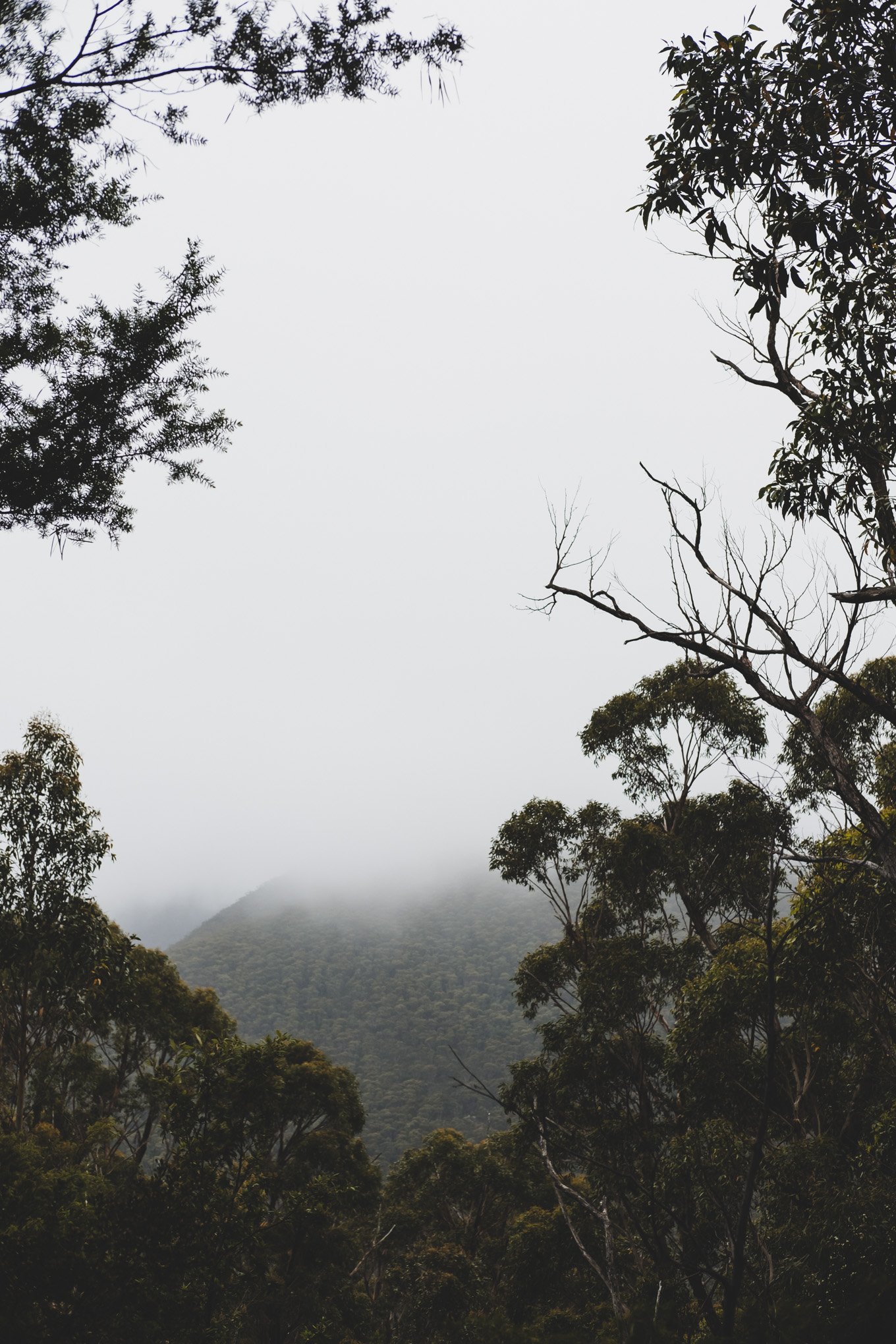 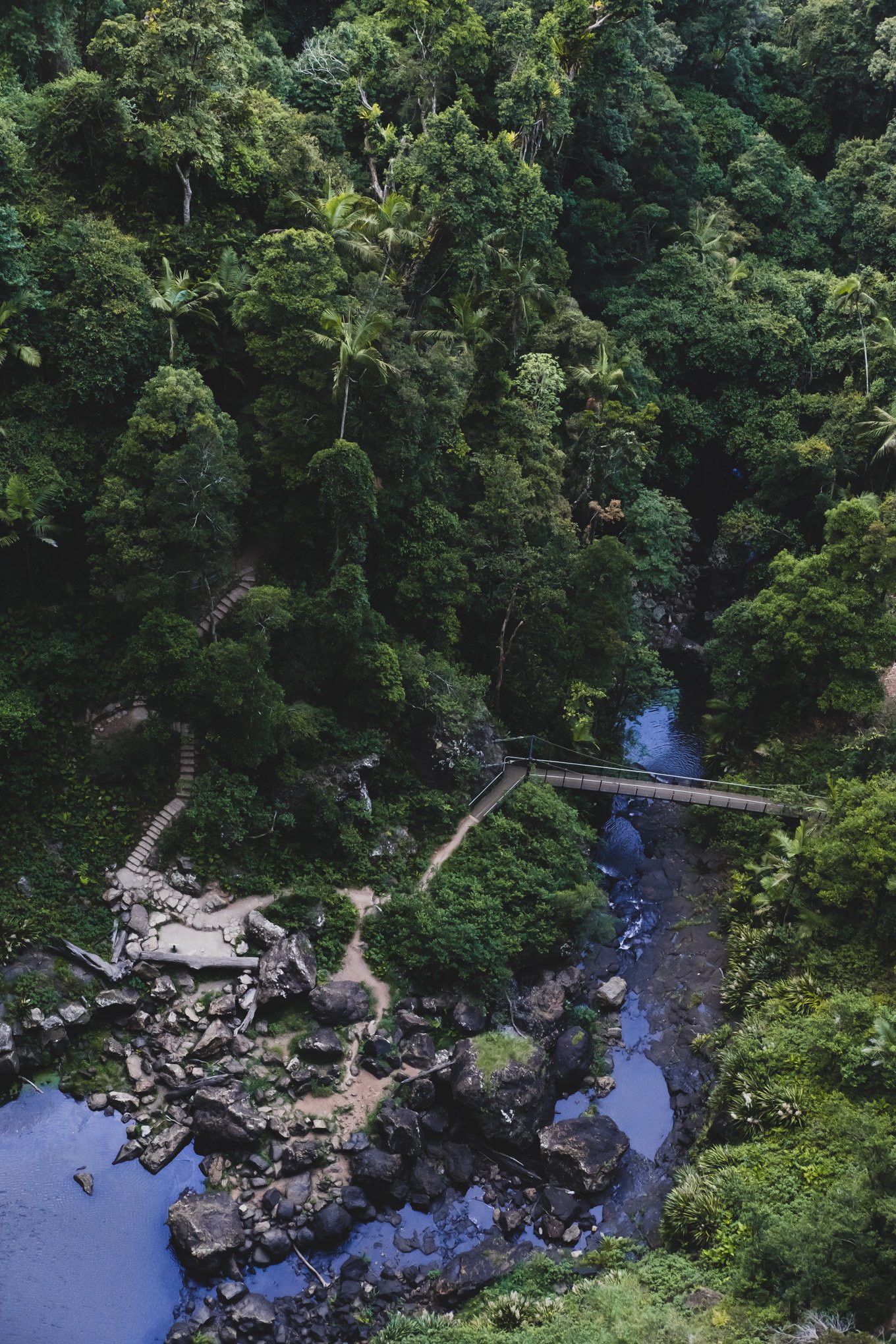 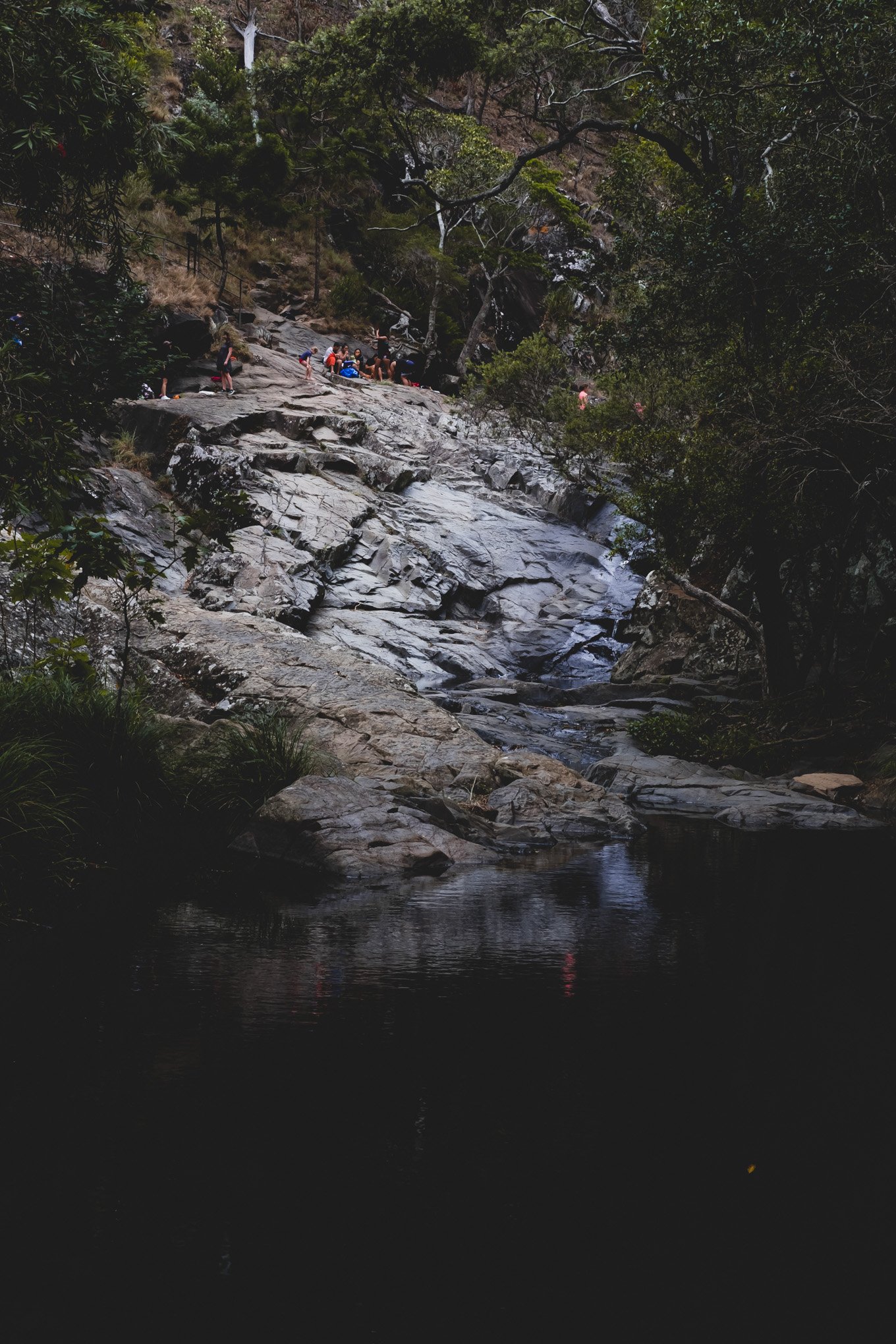 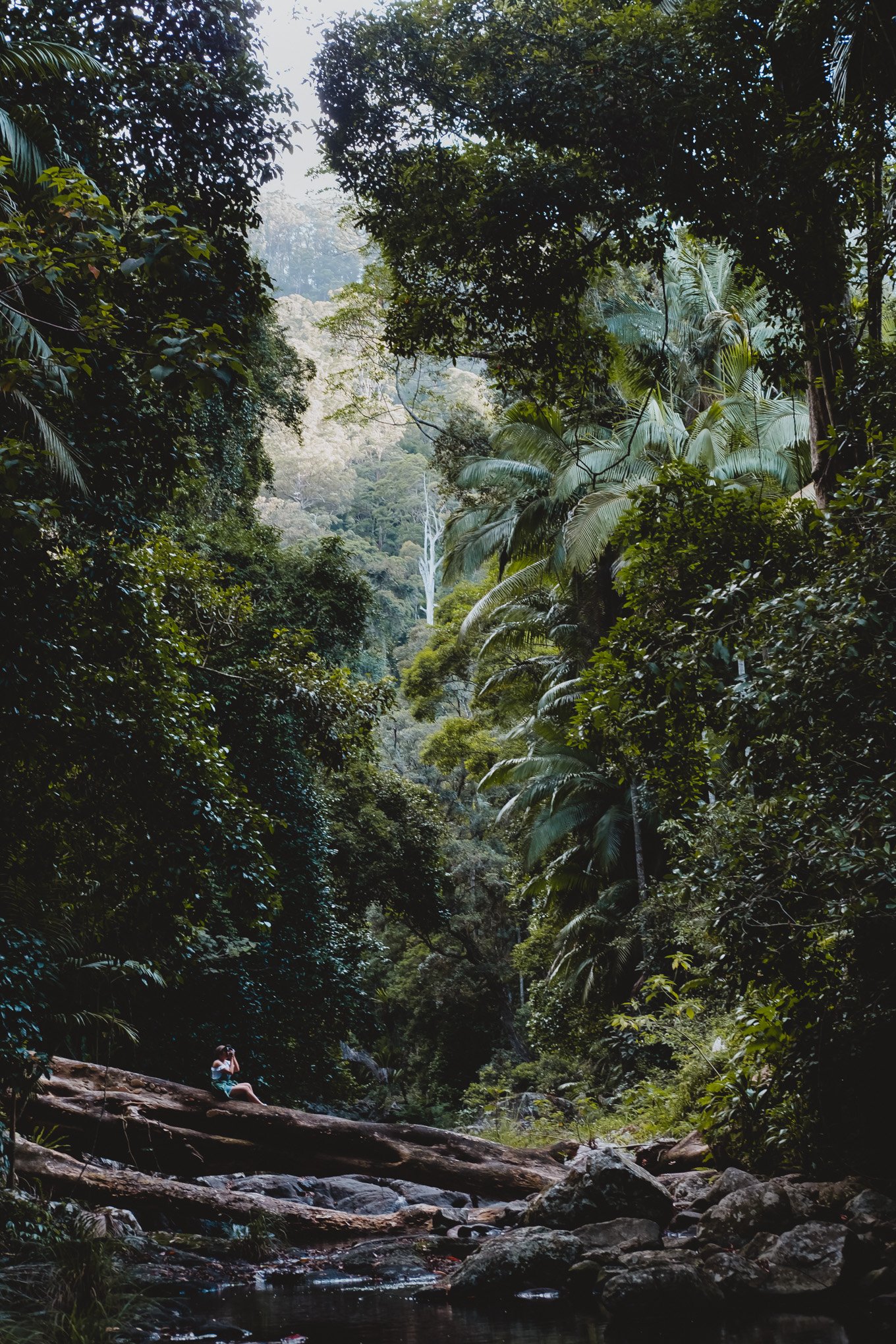 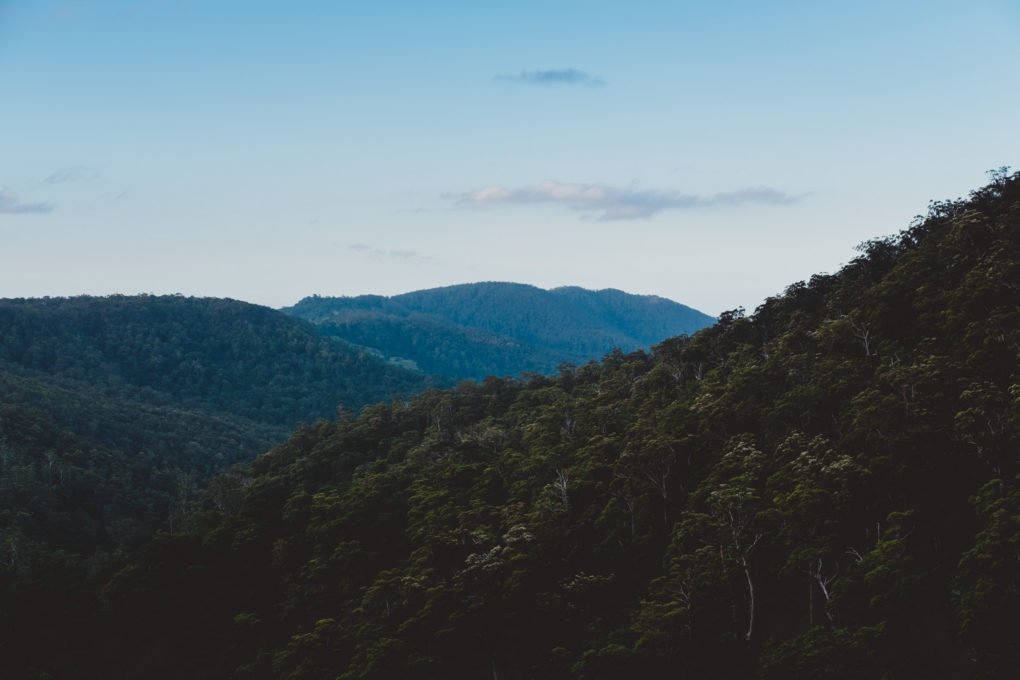 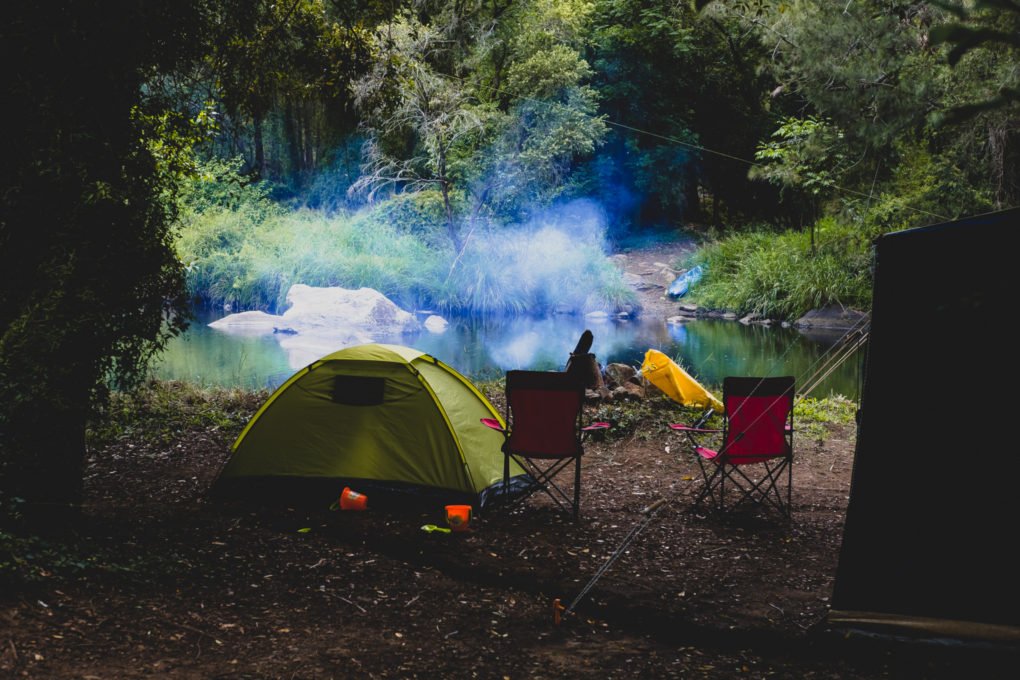 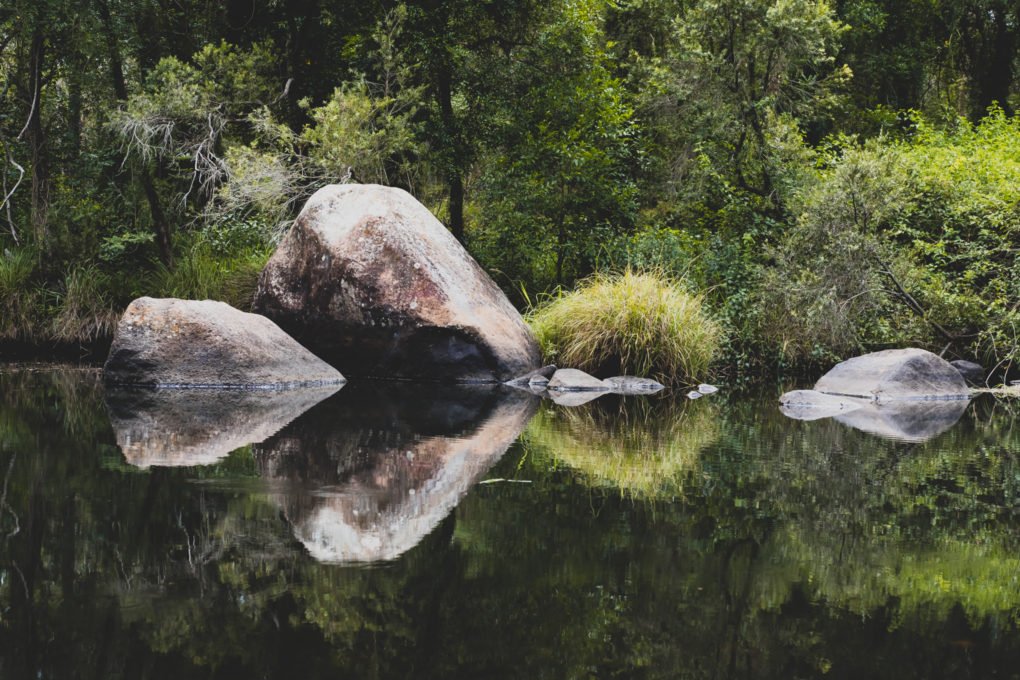