I go to the Cinema an awful lot compared to the average Joe (wink). So much so, that I quite often forget what I’ve seen throughout the year. Over the past couple of years, I’ve had a Cineworld unlimited card which allows unlimited trips to the cinema for about £15 a month. In London, cinema tickets on average are close to about £10 a visit, sometimes even as high as £14 in central! So I figured the unlimited card was well worth the money even if I only went twice a month.

Luckily, my local cinema is a Cineworld at Hammersmith and it’s a little gem! With only 4 screens, they have a pressure to only show the best films and it’s also not particularly busy. Sometimes it feels like I’m the only one in the room!

There’s also a relatively new cinema open in Wembley which is extremely modern and not too far away from me. They have one screen there (I think it’s screen 9) that I swear has the largest non-IMAX projection I’ve ever seen. It’s bloody massive.

All this aside, the point I’m trying to make is that I love the experience of going to the cinema as it’s quite often where I get my visual inspiration from and I thought it would be a good idea to list the films I see on this here blog!

There is one simple rule I would like to follow when writing about each film; no more than 100 words can be used to describe how I felt about it. So without further ado, here’s what I saw in January, 2015. 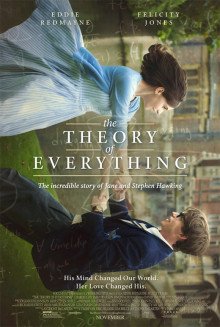 The Theory of Everything

If ever there was a film that has had me in tears (throughout!), it is this one. I honestly felt so emotional throughout the entire film and completely solemn for a couple of hours afterwards. The film is shot beautifully and the acting is absolutely outstanding! Best actor awards are nodding to Eddie Redmayne – his performance as Stephen Hawking is incredible. Good job! 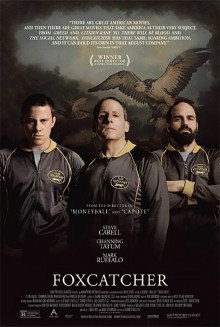 Another film with nods towards best actor awards for Steve Carrell’s creepy performance as John du Pont; the man who pretty much tried to buy an Olympic gold medal. The acting was great, however I really felt like the whole thing dragged on, especially with the physically slow dialogue on top of a slow plot. If it wasn’t for the shock ending, I would probably go as far to say as it’s a bit boring. I’m probably not going to watch this again in a hurry. 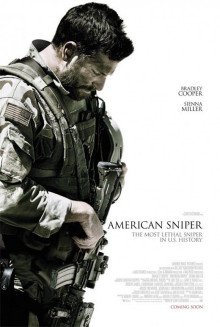 I don’t know much about the true story of this film, but I really felt like I grew to understand the progression and development of the characters in this movie. I’d also completely forgotten who directed it and spent the duration thinking “who made this, it’s shot incredibly well!” Of course at the end when I saw Clint Eastwood’s name, it all made sense.

I’d describe this film as a cross between 50% Hurt Locker due to the addiction to war, then 25% Black Hawk Down and 25% Jarhead for the similarities in modern war films. I’d definitely watch it again!

I’ll try and post monthly about the films I see, to give a general idea of where a lot of my visual inspiration comes from. If you’re interested in following along, stay up to date with whichever network suits you best!