I love the experience of going to the cinema as movies are quite often a huge source of inspiration for my creative work. In January, I decided to start a series of posts on this blog that would document the films I see at the cinema, along with my thoughts on each movie in no more than 100 words.

February was a pretty busy month for me, so I didn’t get to go to the cinema as often as normal which is a shame; especially with it being Oscars month. I’m also a bit late posting this roundup as March has also been a busy month. Anyway, excuses aside, here are the films I saw in February, 2015 with my 100-word thoughts. 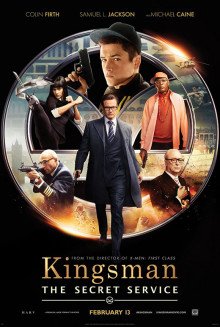 Kick-Ass was a surprisingly great film for me with it’s unique take on comic movies (true to the original comic, I imagine). Kingsman, from the same creators unfortunately didn’t really come close. It felt like an odd mix between spy parodies like Austin Powers and the movies they parody such as Bond. There was just enough humour and ridiculousness to soften it, but an overarching serious-ish script which created this weird middle-ground. Throughout the whole film, I couldn’t settle on whether to laugh with it, or at it. 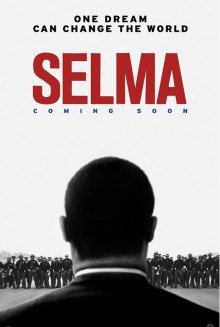 There can never be enough historical movies on the disgusting reality of racism in our past or present. Selma delivers an incredibly emotional chapter from Martin Luther King Jr.’s campaign to secure equal voting rights with a massive march of solidarity between Selma and Montgomery. There are some great performances in the film, particularly Tim Roth, who really does make you hate his racist character George Wallace with full force. There are however, a few clichés throughout which maybe make this a good film rather than a great film such as the likes of Mandela: Long Road to Freedom.

That’s all for this month’s cinema roundup. Make sure to follow me on whichever network suits you best to catch my next post!