I only went to the cinema once in each of April and May. It’s really just not the best time of year for decent cinematic movies. If you’re wondering why, it’s because the main awards season runs from the end of the year to February with the last major awards being the Oscars. Throughout the Spring/Summer you get the usual generic action flicks and blockbusters and occasionally a big name children’s animated movie.

Anyway, here’s my 100 word (or less) collection of thoughts for the two films I did see throughout April and May! 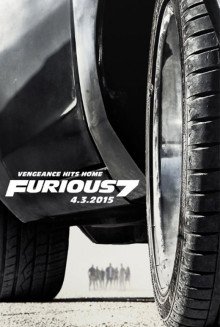 This movie was everything it should have been and more. Being a big fan of the Fast and Furious franchise for its over-the-top approach and well-executed stunts, I loved it! I did think that the Rock had a pretty small part in it though, which was disappointing. The parts he did have were just hilarious! Given the circumstances of the death of Paul Walker, there was a tasteful tribute and farewell at the end which could bring a tear to the even the mildest of Fast and Furious fans. 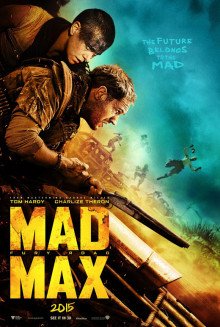 Action. Non-stop action. This film was literally like a video game. It’s pretty much the longest car chase scene you will ever see and it’s actually wildly entertaining. I came out of the cinema feeling a rush of adrenaline and visual exhaustion (in a good way!). I even considered watching it for a second time, last weekend.

If you want to stay up to date with the things I’m working on or the content I’m enjoying, follow me on whichever social network suits you best!