Annie Atkins gave an incredible talk to end the first day of OFFSET, sharing her passions and attention to detail working as a graphic designer for movies. Her presentation was structured very well with a small introduction of previous projects leading up to a large case study on her work for the fantastic Grand Budapest Hotel by Wes Anderson (one of my favourite films of last year). 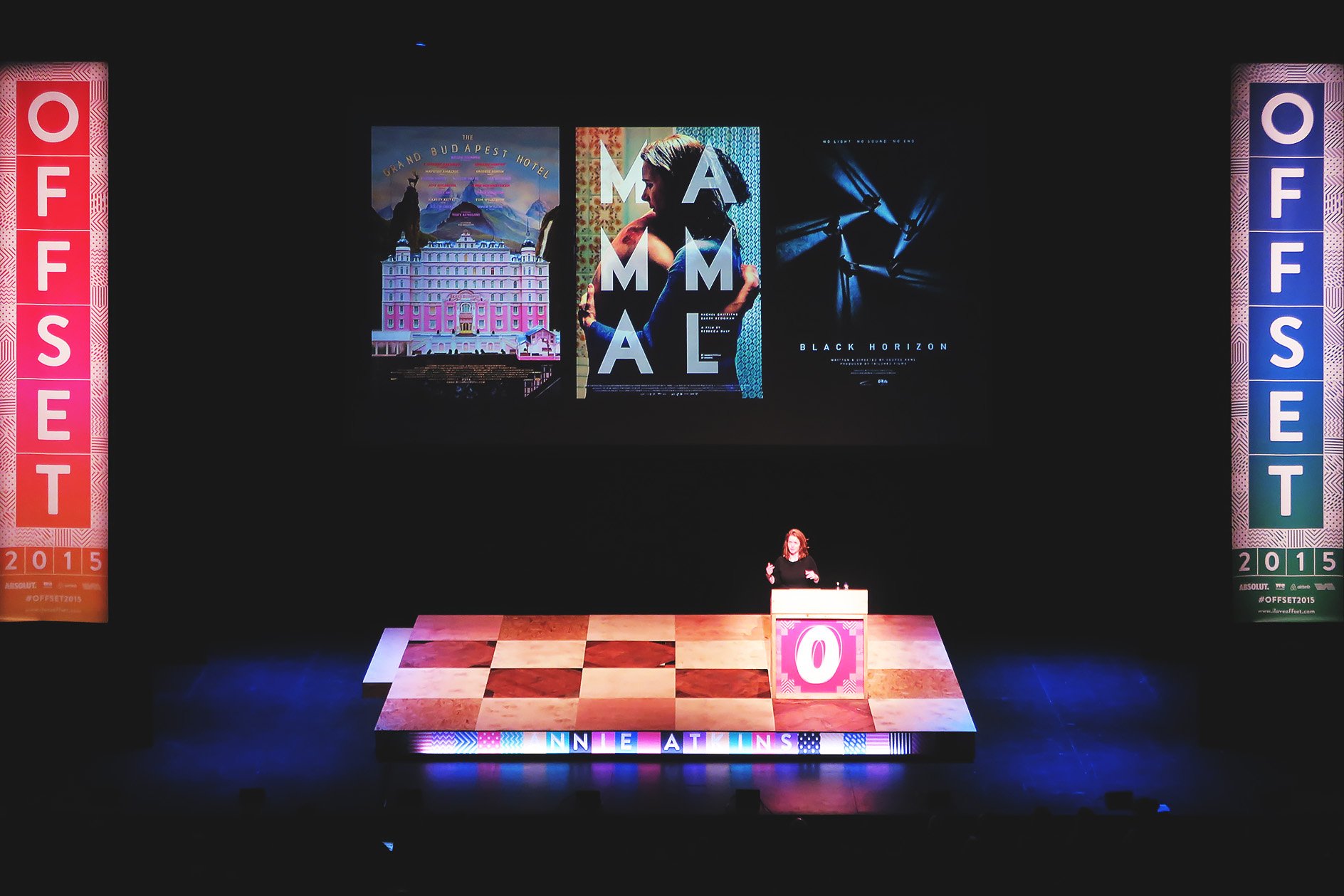 Annie has an extensive background designing elements for movies and TV shows. 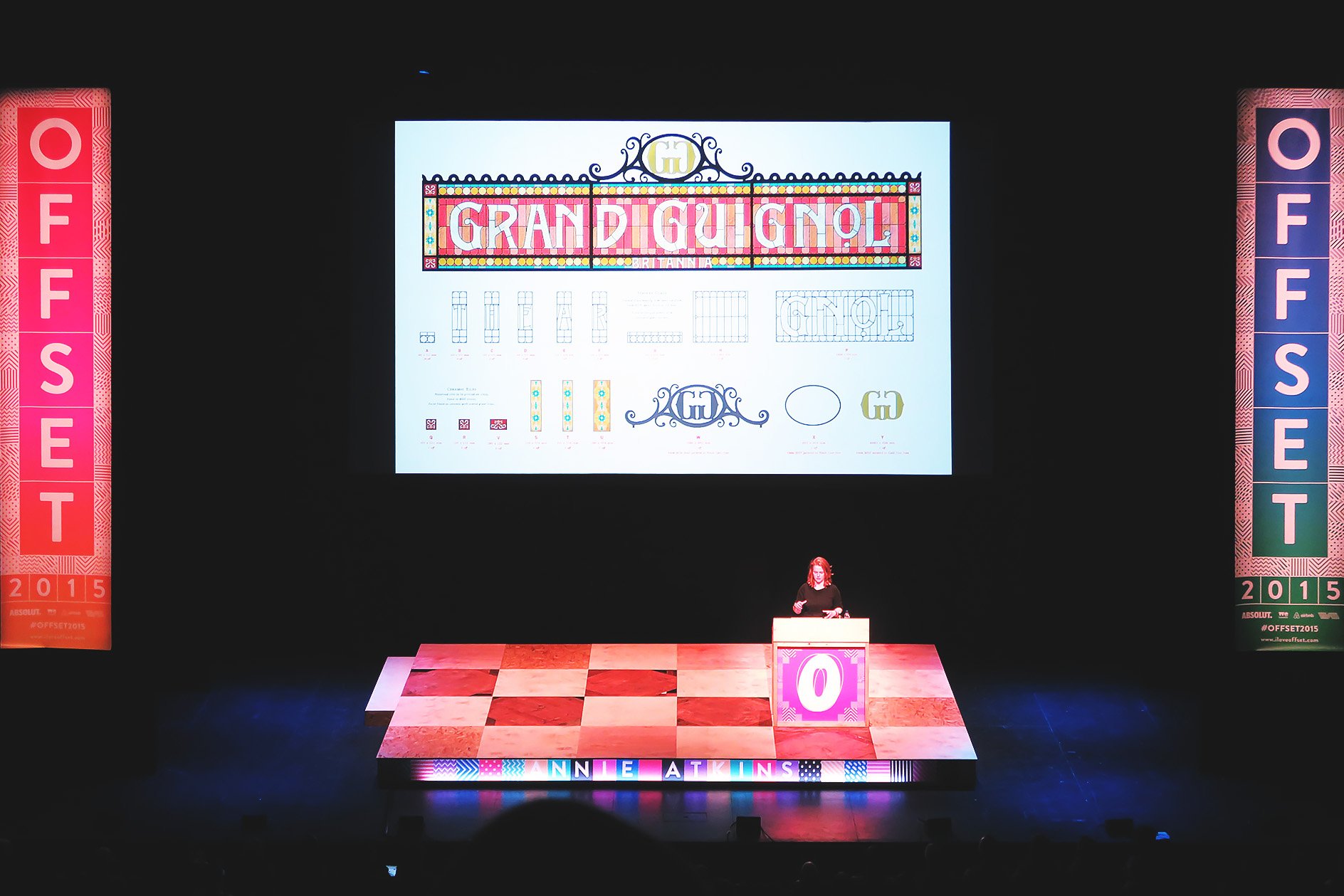 The Grand Guignol theatre canopy for the TV series Penny Dreadful was created by the graphics department. 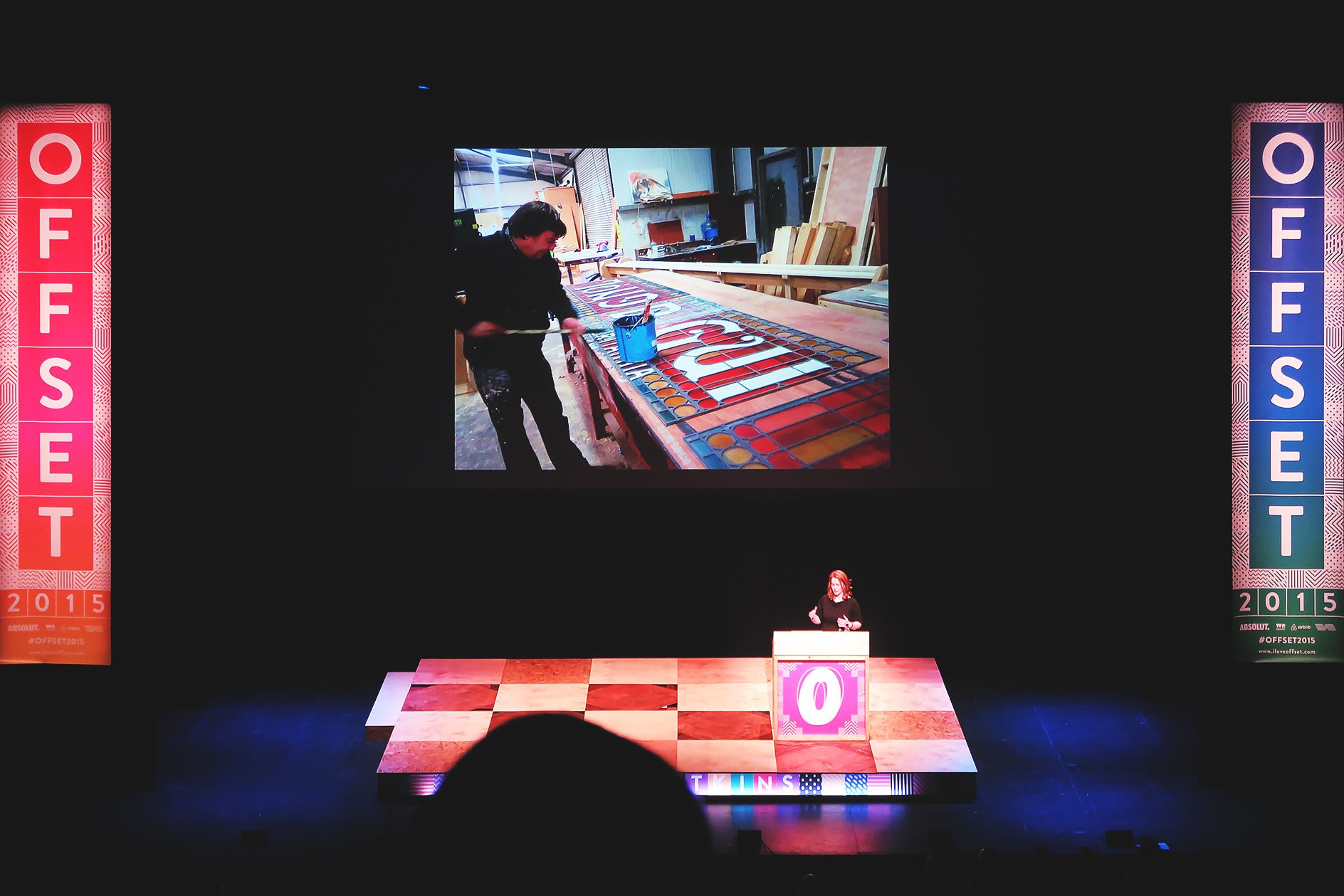 The signage for the theatre had to be custom built out of wood to Annie’s designs. 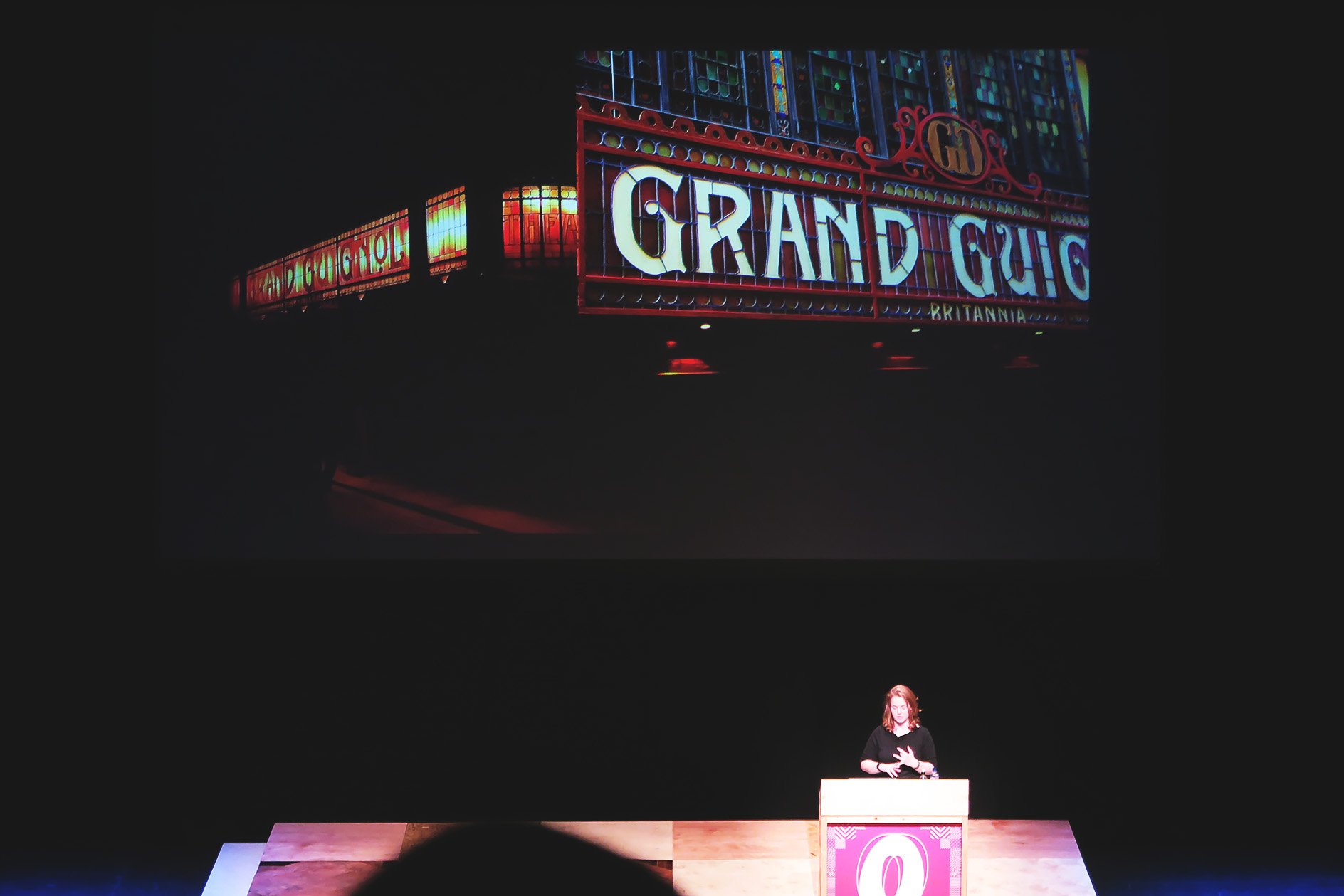 The final signage for the theatre as shown in Penny Dreadful.

Working as a graphic designer for movies means that she is part of the team that has to design all of the fictional props within a movie/TV show that have any element of design to them. I’ve always wondered who designs background materials in movies, such as posters, fake branding of companies, printed documents and other materials. Hearing it direct from Annie was just so eye-opening!

Working in this department for a Wes Anderson picture is probably the most prestigious level she could reach, as the level of detail that Wes focuses on is truly immense. She spoke of her process from going through the original script, highlighting items that may need to be designed from stage directions and dialogue. In a Wes Anderson movie this can vary as far as designing the patterns used in the carpets to creating a whole sovereign identity used in passports, stamps and telegrams!

Some samples of items that she had to design for the Grand Budapest Hotel.

She displayed an incredible amount of detail in her research. For example referencing the calling cards of fascist people in history such as Adolf Hitler, and purposely designing the hotel signage to be poorly kerned, as they so often would be for the period that the movie is set. Even Wes himself got involved with the production of some of the prop designs, going as far as writing all of the articles in each of the newspapers. 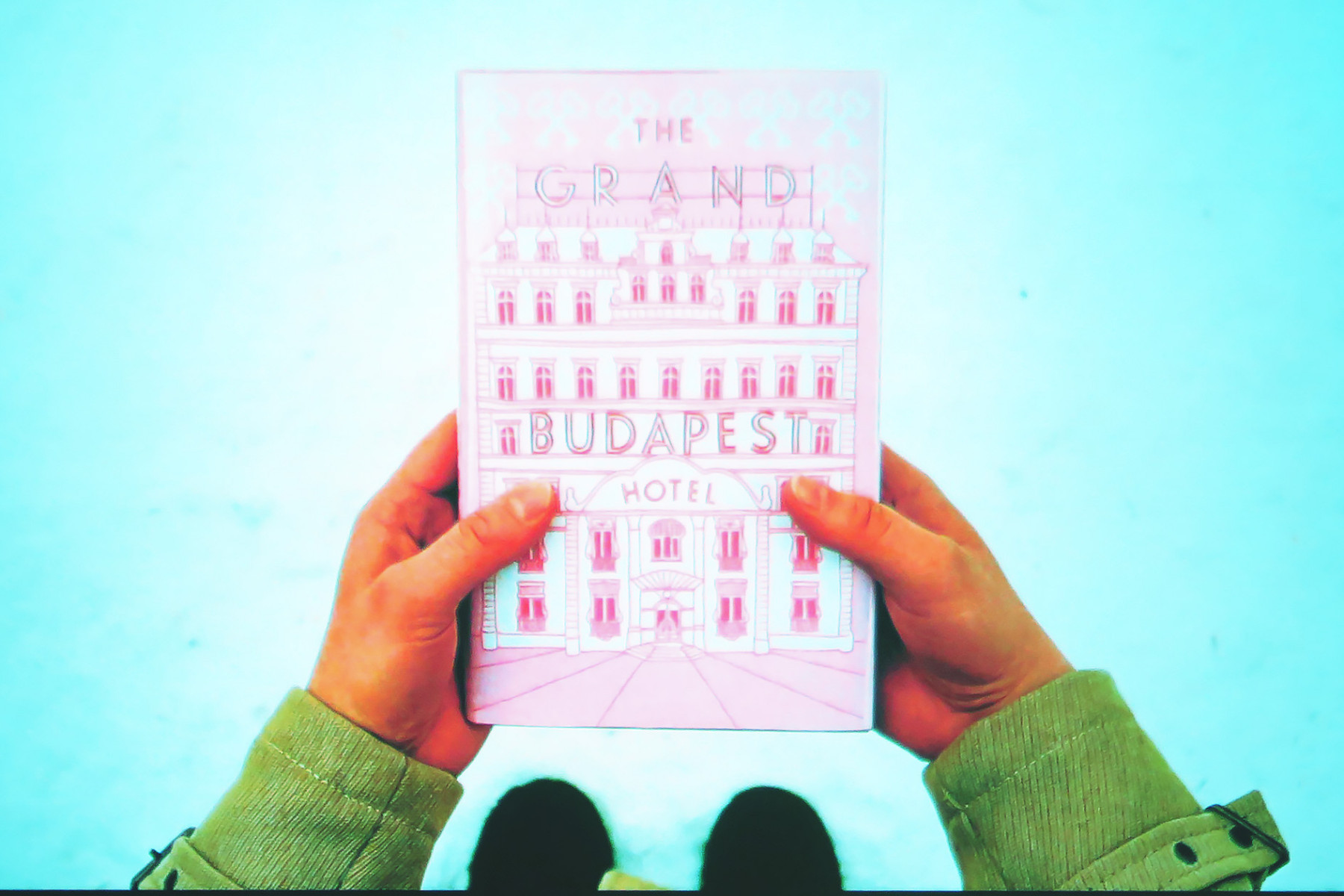 In a Wes Anderson movie, almost every element is designed to fit a specific style. 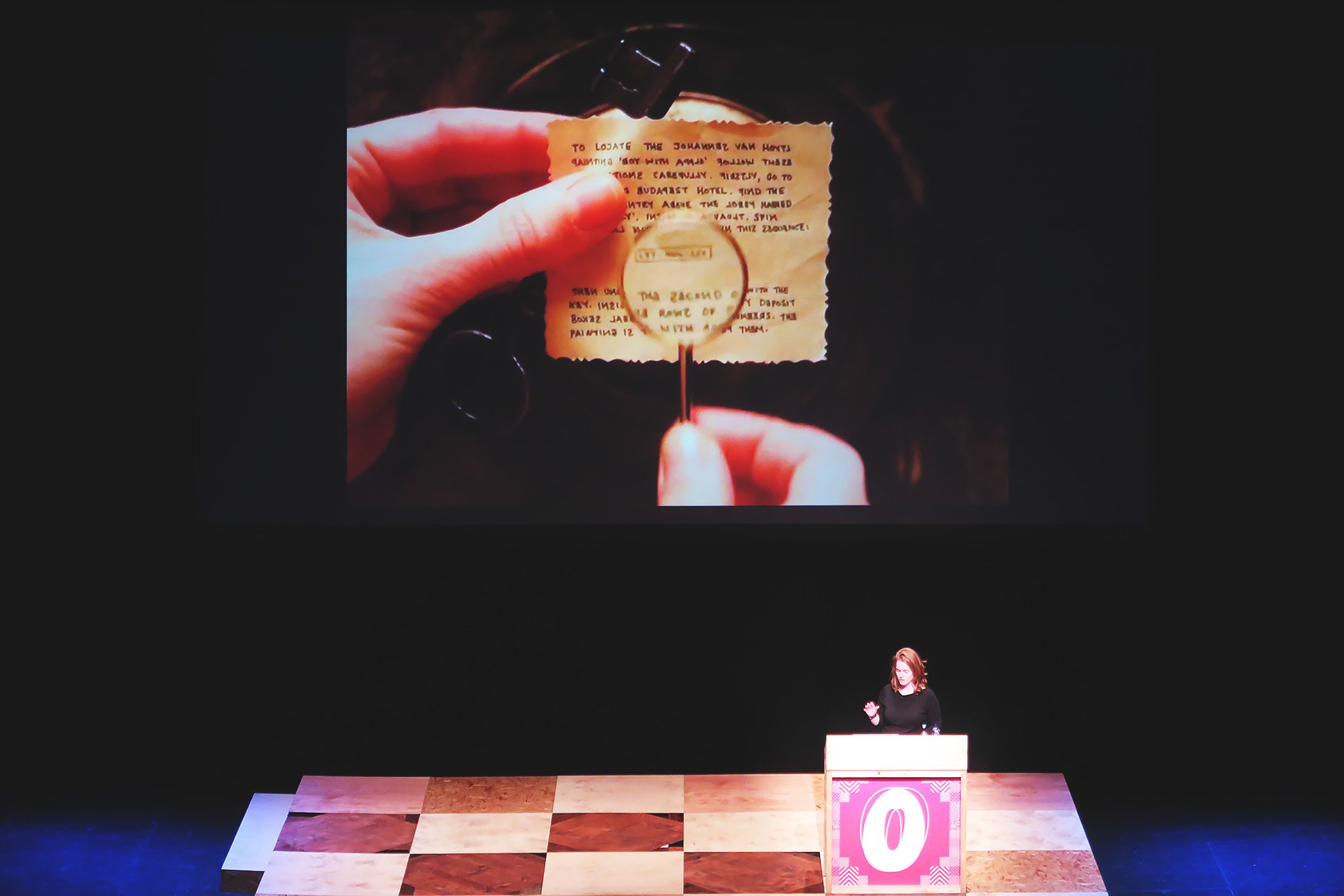 A small document that had to be designed to fit the styling and persona of the Grand Budapest Hotel.

People often ask why such detail is necessary when most of these props are in the background of a scene, or only have literally a second of close-up screen time? The answer – beautifully explained, I might add – is that these props are not always for the benefit of the cinema audience. If in some way, the props aid the actors performance and add an extra dimension of realism, then they are totally worth it. Movie sets are often very disruptive and nothing like the finished piece that the audience sees, so every prop is extremely valuable to each actor.

There was a mention in the talk about one glaring error that Annie made to a crucial prop in the film. She accidentally spelt ‘patisserie’ incorrectly as ‘pattisserie’ across literally a few thousand cake boxes. With the likelihood that this would be noticed by the audience and posted all over the internet in forums and such; they corrected all of the wording in post-production. Now that’s impressive. 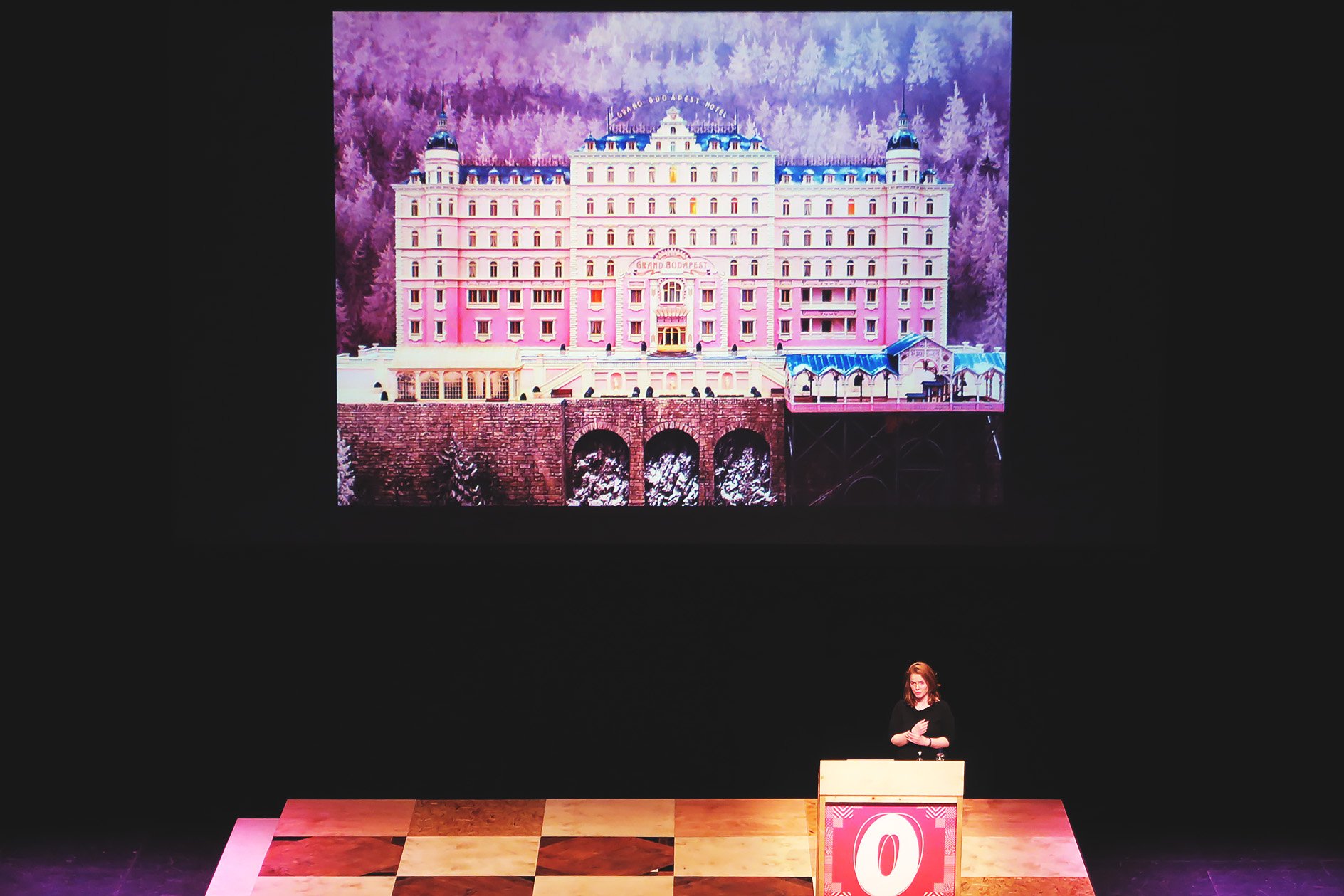 Not only was this whole talk absolutely brilliant to hear Annie’s perspective and work process, but it also reminded me how much I fucking loved the Grand Budapest Hotel. Now then, let me go watch it again…

See more of Annie’s work over at annieatkins.com