On October 6, I was taking photographs of the Royal Parks Half Marathon on behalf of Oxfam. I’d previously worked with Oxfam at the London Marathon earlier in the year covering the after-race reception that included free massages, a meal and a relaxation area for all Oxfam runners. That in itself was a great experience, however this time around I was much happier to be covering the half marathon from the race side, over in Westminster by the Houses of Parliament. The race is called the Royal Parks Half Marathon due to it’s course progressing from Hyde Park, through Green Park and St. James’ Park, along Victoria Embankment and then returning to Hyde Park in the reverse direction.

I don’t have a great amount of sports photography experience, but it is definitely the area of photography that I want to explore the most. By not having much experience, but wanting opportunities to be close to the action, taking photos for Oxfam is a perfect match and it goes to a great cause anyway. Once done, the photos are potentially used in promotional material and uploaded to Flickr for a wider awareness and to allow the runners themselves to claim their own photos. I’ve made sure to comply with Oxfam’s rules for submitting the photos to them, whilst also maintaining the ability to place them on my own personal website. Whilst the brief from Oxfam is all about Oxfam runners in green bibs; I was also able to spend the time getting my own photos of other runners in the race. 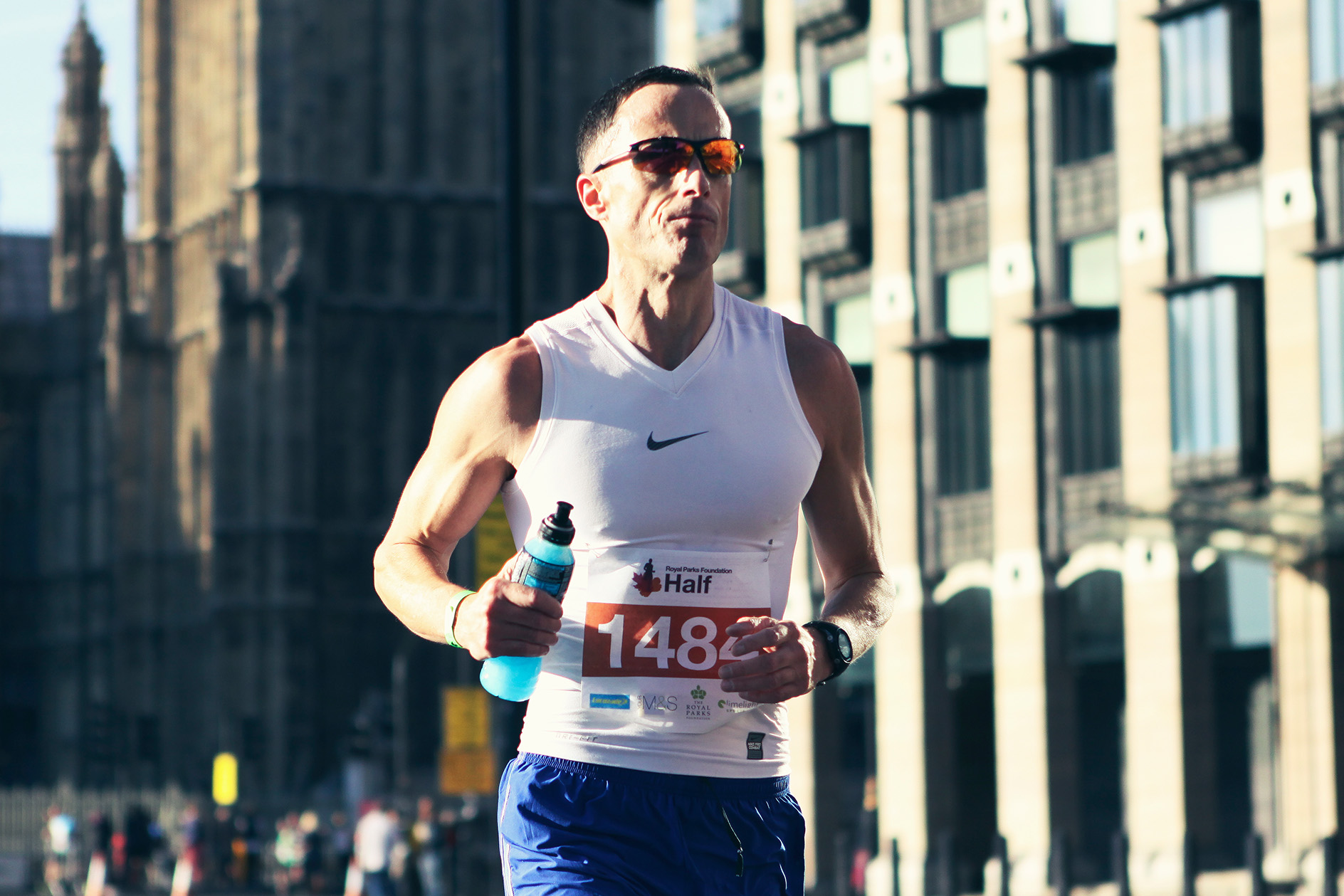 It’s funny what people do when they run past a photographer with a huge lens in their face. Many people would wave, throw their arms in the air, run with their thumbs up, jump in front of the camera and even run past again to make sure that I got a photo of them. So many people also said ‘thank you’ which I thought was odd as there was no way that they knew how to get the photos afterwards. The really funny thing is that whilst all this was happening, everyone seemed to forget that because they’re running past so fast, their reactions aren’t quite as accurate as they think and people generally just have arms and legs everywhere! Either way, it’s always such a great experience going to public running events with so many people offering amazing support to fellow runners and people that they’ve generally only just met. The whole experience is something that I want to continue being a part of, both for improvements to my portfolio and for the overall feel-good factor!

View a selection of photos that I have edited and placed over in my portfolio here.

Another funny thing that happened was when I was reviewing all of the photos later in the evening. From one of the photos of an Oxfam runner, I noticed in the background an old friend of mine who I used to work with! At the time, I had no idea that he was running the race and also no idea that he ran straight past me! Of course I let him know through Twitter…

Sunday, I was shooting for Oxfam & only just spotted @mwestwood9's cheeky mug in the background of one of my photos! pic.twitter.com/QxpgClV4ca